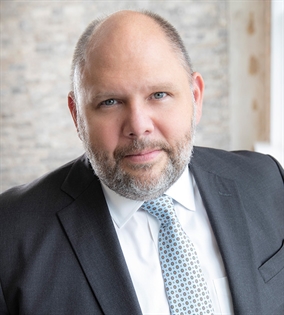 I achieve results. In 2012, I helped lead a trial team that took the first mortgage-backed-securities related case to trial.  In a landmark and game-changing trial, we secured a $106 million judgment on behalf of our client and obtained key pre-trial determinations that had a domino effect in related cases.

I want to know more about your case and to see if there is a way I can help you.  I look forward to talking with you.

Where a man comes from is important. I believe it can tell you a lot about his character and approach to litigation and trials.

I am from a small town in Mississippi called Kosciusko. My extended family on both sides has lived there for six generations. My upbringing had a profound impact on me. I learned the value of community, the importance of not only joining in the lives of those around you, but making a difference in them as well.

I spent my college years at Ole Miss.  I played four years of rugby for the Ole Miss Rugby Football Club, starting each season as a second-row forward.  I use the skills I learned on the rugby pitch everyday in litigation.  In a fast moving match, you have to be prepared to play offense and defense intelligently.  You have to capitalize quickly on your opponents’ mistakes.  And you have to bring maximum pressure at the right moment to win.  The same is true in litigation.

After college, I moved to the District of Columbia to work in public relations and fundraising. I took a job as a junior fundraising staffer at the Basilica of the National Shrine of the Immaculate Conception, the largest Catholic church in the Americas. Within a year, I was promoted to serve as the Communications Director at the Basilica.

I next moved to the Lt. Joseph P. Kennedy, Jr. Institute, a non-profit organization dedicated to assisting people with developmental disabilities in their efforts to live full and complete lives. There, I served as the Director of Development and Public Relations.

Later, I moved to Asheville, North Carolina to assume the role of Development Director at Riverlink, a regional non-profit organization. At Riverlink, our focus was on restoration of the French Broad River and developing the economy along its banks.

After law school, I clerked for the Hon. Paul J. Kelly, Jr. on the U.S. Court of Appeals for the Tenth Circuit.

My background continuously helps me relate to witnesses and juries in ways that benefit my clients.

Every year since 2014, I have been named to the International Who’s Who of Competition Lawyers.

I am a Fellow of the American Bar Foundation.  The Fellows is an honorary organization of attorneys, judges, law faculty, and legal scholars whose public and private careers have demonstrated outstanding dedication to the welfare of their communities and to the highest principles of the legal profession.  Membership in The Fellows is limited to one percent of lawyers licensed to practice in each jurisdiction.

I am an active member of the Dallas Bar Association and the American Bar Association. In the ABA, I sit on the steering committee for the international litigation committee.

I sit on the Board of Advisory Editors of the Tulane Law Review, a national board comprised of distinguished alumni.

ANTITRUST CLASS ACTION / LEADERSHIP:  Worked on the executive committee in In re Domestic Airlines Antitrust Litigation (2015-present) now pending in the District of Columbia. The clients have alleged that the nation’s four major airlines conspired to restrict capacity to fuel record-high profits.

ANTITRUST CLASS ACTION / CONFIDENTIAL SETTLEMENTS:  He previously served as co-lead counsel in In re Automotive Parts Antitrust Litigation (2011-2015) in the Eastern District of Michigan.

COMMERCIAL CASES / CONFIDENTIAL SETTLEMENTS: Lead trial counsel in three cases against the gas giant Chesapeake for breach of contract and underpayment of royalties relating to the oil and gas lease on the Dallas/Fort Worth International Airport.

COMMERCIAL CASE / CONFIDENTIAL SETTLEMENT: Lead trial counsel in a confidential arbitration representing a telecommunications company in its suit against its former billing aggregator.

ANTITRUST CLASS ACTION / SETTLEMENTS EXCEEDING $50 MILLION: Counsel in In re Ready-Mixed Concrete Antitrust Litigation (S.D. Ind. 2005-2010). The case was resolved before trial with class members receiving more than 100 percent of their actual damages after deduction of attorneys’ fees.

PATENT CASE / CONFIDENTIAL SETTLEMENT: Counsel in Individual Network v. Apple (E.D. Tex.) (2007-2009) representing an inventor in its patent infringement case against Apple and the case was resolved before trial.

ANTITRUST CASE / CONFIDENTIAL SETTLEMENT: Counsel in Morris & Dickson Co. v. Abbot Labs. (M.D. La.) (2006-2008), representing a regional pharmaceutical wholesaler in its suit against Abbott Laboratories for violation of the Robinson-Patman Act by unfairly favoring my client’s competitors, and the case was resolved before trial